select the "Intercessory Prayer Conference Offering" under the "Fund" Option

GREETINGS BROTHERS AND SISTERS IN CHRIST!

REGISTRATION: Register online at brooklandbaptist.org before the deadline of Monday, Nov. 8, 2021, for space will be limited. Registration is FREE, with opportunities available to sow your seed offering!

By the grace of God we trust He will allow us to come together “VIRTUALLY.”  However, we prayerfully encourage all to get VACCINATED, that we may move closer to physical gatherings for future prayer conferences. 3 John vs. 2 states: “Beloved, I pray that you may prosper in all things and be in HEALTH, just as your soul prospers.” (NKJV)

We eagerly anticipate your online presence for the preaching of the Word on Friday night; and for Prayer, Praise, Worship and Spirit-filled workshops on Saturday, as we all learn to “REST! RECOVER! & PRAY!”

DIVINE FAVOR TO ALL AS WE REMAIN STEADFAST IN PRAYER! 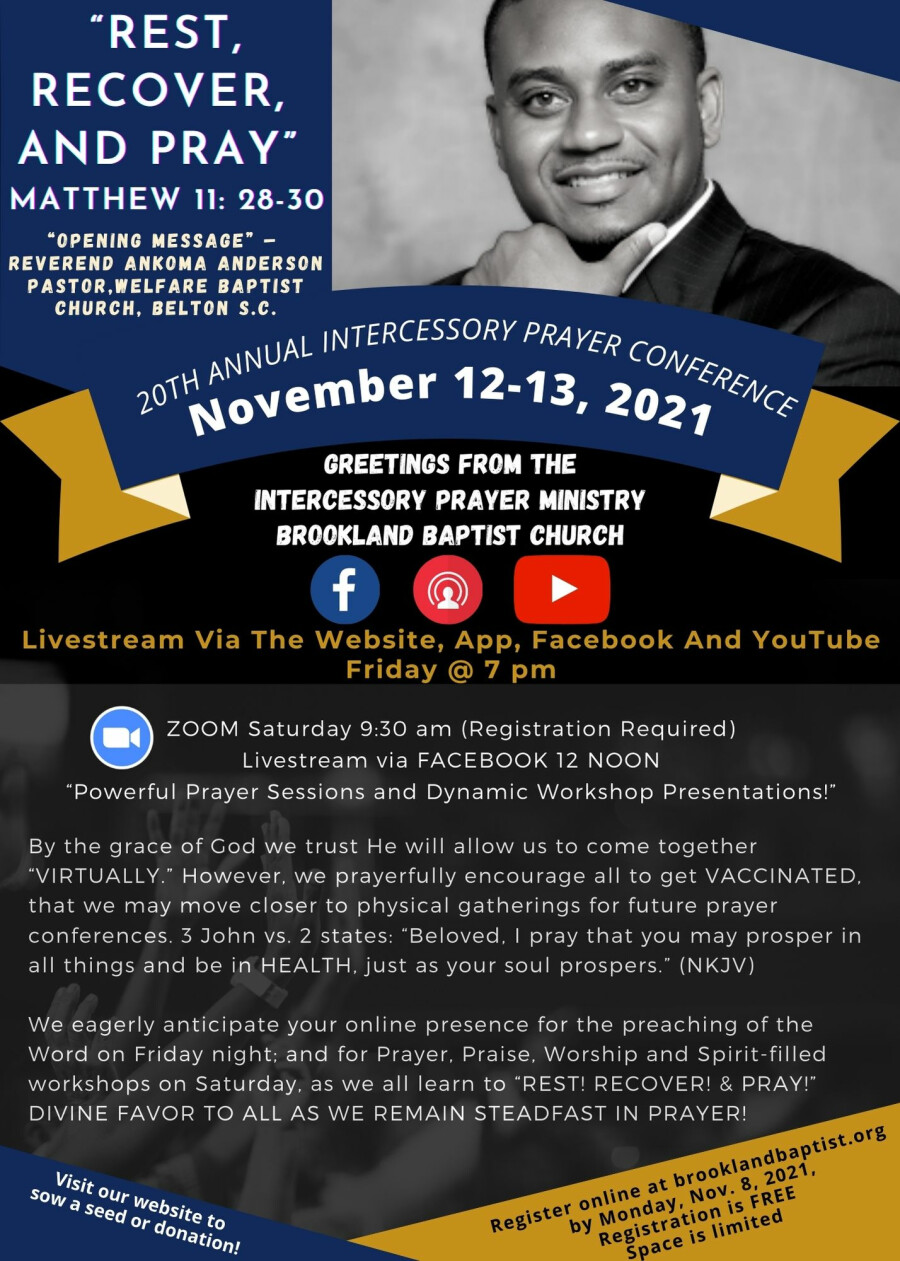 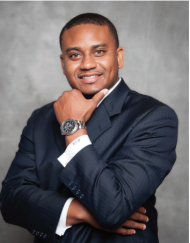 Ankoma D. Anderson, Sr, a native of Greenwood, South Carolina, is the son of Gregory and Cynthia Anderson. He attended the public schools of Greenwood County School District 50 and is a 2005 graduate of Emerald High School, where he graduated with honors. He continued his education at Lander University and became the first student to receive funding from NASA to conduct laboratory research.  Upon graduating from Lander in 2009 with a Bachelor of Science in Chemistry, he continued his academic career by pursuing a Ph.D. in Chemistry from Clemson University. He conducted extensive scientific research throughout his doctoral studies, which has been featured in several peer-reviewed journals. He has also served as a lecturer at Clemson University, a faculty member at the University of South Carolina Upstate, Lander University, and currently serves as an Adjunct Professor at Anderson University's College of Arts and Sciences.

Dr. Anderson also earned a Master's of Divinity at Gardner-Webb University and is currently pursuing a second PhD in leadership with an emphasis in Christian Studies at Anderson University. Since early childhood, Ankoma has felt the call to ministry. He was licensed to preach at age 21, and at age 25 was ordained and shortly thereafter installed as Pastor of his home church, Macedonia Baptist Church of Greenwood, South Carolina. In 2016, he accepted the call to The Welfare Baptist Church in Belton, South Carolina, where he continues to serve as the Senior Pastor.

As an extension of his ministry, Ankoma has conducted theological study tours throughout Israel and North Africa. Additionally, he continues to serve his community through various non-prot and community organizations. He is the past chair of the annual MLK Day UNCF Fundraiser for Anderson County. He founded a STEM summer camp, CREST (Children Reaching Excellence through Science & Technology), which has been held at Welfare Baptist Church the past two years.

Most recently, in the wake of an unprecedented pandemic, Dr. Anderson has responded to the crisis by initiating COVID-19 testing sites in collaboration with the late Gracie Floyd, AnMed Health, DHEC, and MUSC. Additionally, he organized partnership with the USDA and Farmers to Families Food Box Program which has fed more than 30,000 families in Anderson County to date.

Ankoma is married to his beautiful wife, Jeannie, and is the proud father of two exceptional children Ankoma, Jr. (KJ) and Kirsten. They have a toy poodle named Leo. Ankoma enjoys spending time with his family and traveling. 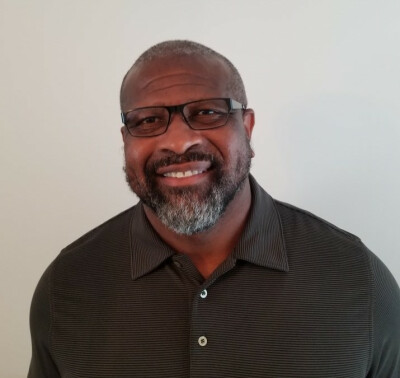 Warren gadson:
PRAYER DOESN'T JUST SEEK GODS WILL, IT SEEKS HIS FACE, IT'S ALL ABOUT RELATIONSHIP

Synopsis:  Intercession is a personal lifestyle!  The trust that God has in you is like no other.  God does not hear your prayers if your life is sinful or disobedient (Ps.66:18; Isa.59:2) and He wants to show you more of His  heart and who He is in prayer!  Are you in position?  It starts and ends with relationship.  Learn how to build and sustain a faithful one with God! 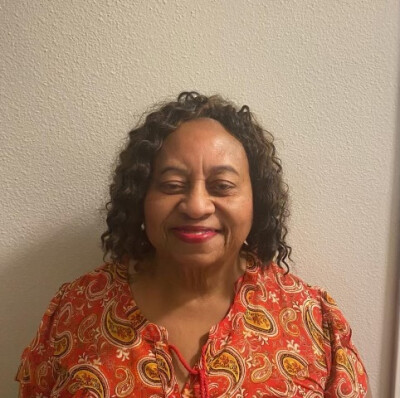 Loraine montgomery:
THE IMPORTANCE OF PERSONAL REST AND SPIRITUAL RESTORATION 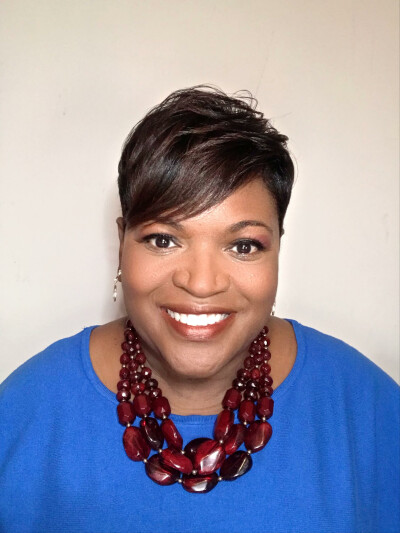 Letra davis:
THE POWER OF PRIVATE DEVOTION IN THE LIFE OF A BELIEVER 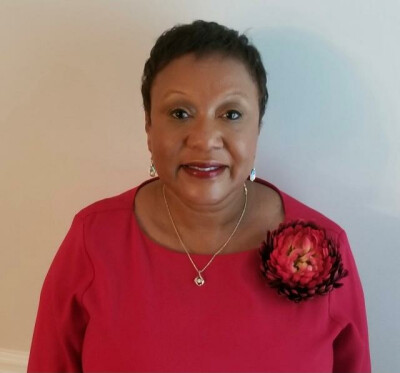 Lisa gadson:
THE IMPORTANCE OF THE PERSON AND THE WORK OF THE HOLY SPIRIT IN PRAYER

Synopsis:  What is the Holy Spirit's role?  Who is He?  Our explanation is not only found in Romans 8:26-27.  We will learn the role the Holy Spirit plays in our prayer life. 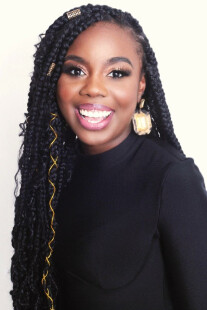 Minister Tia L. DuRant, the daughter of Apostle Larry DuRant & Evangelist Barbara Shaw, is a native of Sumter, South Carolina. From an early age Minister Tia DuRant was destined to minister before the Lord as a writer, motivational speaker, and psalmist. Tia's ability to shift atmospheres, through the prophetic gifting of God, continues to make her an august and unique gift to the body of Christ & all people she encounters. Minister Tia DuRant has ministered on local, regional, national & international platforms. She has travelled extensively sharing the soulful tone that brings every listener to their feet. She has been featured multiple times on various musical projects and has appeared as a contestant on BET’s Sunday Best. She has shared the stage with many noted gospel & secular artists, both locally and nationally; some of which include Leandria Johnson, Joshua Rogers, Kim Burrell, Tina Campbell of Mary Mary, Duranice Pace of the Anointed Pace Sisters, The Isley Brothers and many others. Minister Tia DuRant is committed and submitted to the order of the local church and serves as Praise and Worship Leader for the Brookland Baptist Church in Columbia, SC under the leadership of Dr. Charles B. Jackson. She also serves as Minister of Music for her home church. Minister Tia DuRant is the founding President of Tia DuRant Enterprise, Inc & the Establishmentarian of PK Nation. PK Nation is active alliance and outlet for the offspring of those persons who serve as ministerial leaders. Minister Tia DuRant has a passion for those who work the hardest but are often ignored and abused. She uses her platform to produce strength, education and courage through healthy social outlets, music ministry and fashion. She has given her life wholly to the embitterment of souls using her gift to capture rooms for the cause of Christ. She has served since her youth in various capacities within the church and seeks to show the love of Christ to all. Minister Tia DuRant’s greatest accomplishment in life is being a rock to her family. She lives to be an example for them in hopes that her ceiling will be the floor to those who will come after her. Her daily mantra is faith over fear!

Pray with you please